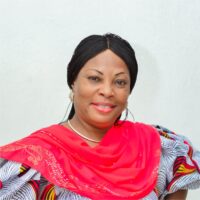 Agatha Osieke has a legal practitioner’s background of over 20 years but her passion for humanity attracted her to join the development space where she became the project manager for the International of women lawyers popularly known as FIDA. This gave her the leverage to represent the vulnerable in courts pro bono. In the quest to acquire more tutelage, she joined the Forum of Nigeria Women (FONWIP). She began to engage women by sensitizing them to be interested in politics. To ensure that she adds her voice to women’s marginalization in decision-making, she established an NGO known as Women Youths and Children Advancement Program (WOYCAP).

Agatha grew on the ladder of the P4P state executive. As an ordinary member with zeal in 2013, she contested and won the seat of the welfare officer and acted as secretary at the same time after which she became the substantive secretary. She also was a member of the Prevent committee. From that position, she won the seat of the state coordinator which she is occupying for the second term.